Let’s start by answering this question that burns everyone’s lips:  is nudity allowed in Barcelona  ? No. Since 2011, Barcelona City Hall has adopted a decree that prohibits anyone from walking naked in the city without receiving a fine of between 300 and 500 euros. Going out topless is also a fad that can cost you dearly in some neighborhoods (between 120 and 300 euros). So, if you want to make the most of the sun,  ShBarcelona  presents you with the options so that you are not caught off guard … 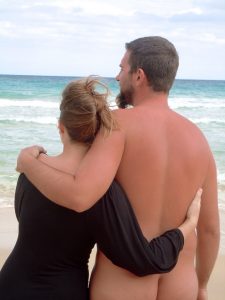 Indeed, a victim of its own success, the Catalan city and especially its inhabitants find it difficult to appreciate that tourists indulge in putting their modesty in the locker rooms. However, the indulgent police officers sensitize people before taking out their ticket book. In Catalonia , there are an estimated one million people who practice nudism , at least to go to the beach. That is why in summer if you visit the city you will see people getting naked on the beach to enjoy a sunbath. There are also many private beaches where nudists and non-nudists rub shoulders. By visiting the Nudism and naturism in Catalonia website , you will obtain more information onbeaches and coasts of Spain where you can practice naturism in complete freedom. The Naturism is a philosophy of life while nudism is being exposed. You can also contact the Catalan naturism club,  the oldest in Spain and the most popular (650 members) to do activities with the nudist community.

Between modesty and diversity 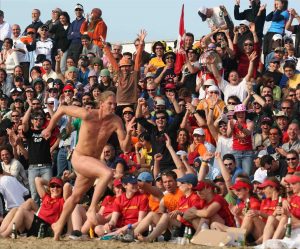 For naturists , the penalties are taken very seriously because it is one of the last expressions of human freedom , a natural way of existing in communion with those around you and with your own body. The truth is that it is difficult to position yourself on one side or the other because we sometimes see tourists walking around without a T-shirt and that shocks us. However, if we get rid of conventions , it is true that nudityis natural and should be accepted by all. There are several sites on the Internet that offer additional information on all activities devoted to nudism. Whether for sport (running, cycling, volleyball, etc.), cultural activities (exhibitions, plays, workshops, conferences, etc.) or social (meetings, trips, etc.), meetings around these subjects take place in an environment where nudity is permitted, in particular, in Catalonia . Those who wish to participate in these events are guaranteed to live their lifestyle to the fullest and to exchange ideas with people who share the same lifestyle. Despite the fines, Barcelona remains a city where individual freedomis widely respected and encouraged. As an example, a man recently surprised everyone by appearing naked in downtown Barcelona without it shocking anyone.

Have you tried the nudist beaches in Barcelona?

Want to come to Barcelona ? Count on ShBarcelona to find you the best accommodation.

Apartments for rent for a few months

Tourist accommodation for a few days

We use own and third party cookies for analytical and technical purposes to show you personalized advertising based on your browsing habits. You can accept all cookies by clicking on the “Accept” button, to see our policies, you can click on “More information” or you can reject them by clicking on the “Reject” button.    More information
Privacidad